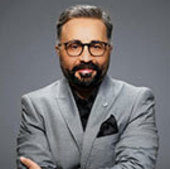 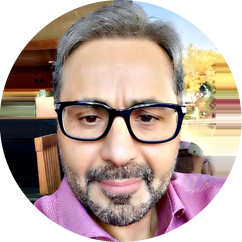 Dallas, Texas - Vitis Public Relations conducted a survey in an effort to determine which newswires (press release feeds and press release distribution services) were most popular among journalists. Of the 80 journalists surveyed, 37 percent were found to use newswires on a daily basis, while 30 another percent expressed that they utilized press release distribution services on occasion. The list of news wires that were deemed by the survey respondents as the most valuable to their work included:

When asked what the journalists most prominently use newswires for, the results showed that “78% use them for news stories, while 56% use wires for article and feature ideas and 56% for monitoring industry trends.”

Although these and other statistics indicate that online press release distribution can be highly effective for businesses and organizations that attempt to reach large media outlets, some still question whether press releases can benefit their public relations strategy in present times when so many of the rules of digital marketing have changed. Specifically, the question is can press releases disseminated online really catch the attention of notable journalists today? Reasons for the skepticism include the ease of accessibility of press release distribution services, which has given more and more companies the latitude to send out as many or as few releases as they want online. The overflow has been a lot for many journalists to sift through, and something a number explicitly state makes them look elsewhere for their story.

Another concern is the lack of merit many included in the high volume of press releases that newswires send out daily have, which seems to be another major point of contention for sought after journalists. Qamar Zaman, CEO of Dallas based press release distribution service Submit Press Release 123, emphasizes that for this reason it is important that there are rules for the content approved by these services. Says Zaman, “we have a strict policy regarding the type of content we agree to publish.”

Thirdly, some have trouble digesting the seemingly anti-press release message from Google sent out some time ago. When Matt Cutts released a blog feature suggesting that these pieces lacked ranking value, it took the online marketing world by storm. However, experts have since tested the proposition, finding that press releases of quality do indeed have ranking benefit.

Says Zaman, “In order to reap all of the benefits of press release distribution, including capturing the attention of journalists today three things are key: content, credibility, and connection.”

With regards to content, the digital marketing expert says that it must be well written and have substance. “If it lacks in news value, it lacks a real purpose.” Zaman further notes that journalists can see whether a business is making a credible offer of something that audiences will view as valuable in their message. It is this that will help facilitate the needed connection with audiences he suggests stating, “whether a journalist sees a human interest story idea, or wants to reproduce the content quality, relevance, and timeliness of the message is what will hook them.”

Qamar Zaman is a digital marketing expert who throughout his career has developed multiple creating platforms that assist small to mid-sized enterprises in web based marketing. Submit Press Release 123, a Dallas based company developed by Zaman, provides online press release distribution services at various price points.

More information about Submit Press Release 123, can be found by visiting http://www.submitpressrelease123.com/.